Sprite is the latest brand to take on social media trolls and haters in a new global campaign, in which it suggests that hate can “neutralized” by words of love. 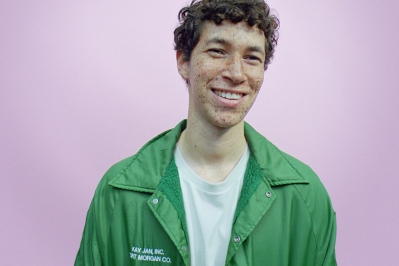 The ad, by Santo, features a host of real people and no actors. They include athletes and artists, including Spanish Olympic swimmer Rocío Velázquez; French pole dancer Nico Moldestein; English rapper Tyrus McKenzie and Swedish surfer Liz Romer, along with plus Spanish LGBT activists David Perez y Marius Caralt and female soccer team CE Sant Gabriel.  Each is seen recieving hurtful, abusive or trolling comments on social media (based, apparently, on real messages they have received). In each case they reply to the abuse with the message “I Love You.”

Karim Huu Do of Anonymous Content directed the spot, which is running online together with a wider campaign that includes Instagram stories, a long-form documentary, interviews with the protagonists, print and OOH as well as GIFs that also aim to neutralize the hate.

Sprite is just one of a string of brands to have addressed online “haters” and social media trolling in their campaigns, including Adidas, Under Armour, and Brazil’s Vivo. The U.K.’s Channel 4 also recently filled an entire ad-break by revealing some of the abusive comments received by its advertisers, while charity Cybersmile showed what happened when an Instagrammer changed her body to reflect trolling comments and Monica Lewinsky’s anti-cyberbullying campaign recreated trolling in real life to show how mean it is.