Super Bowl marketing is officially underway, with the launch of a sweepstakes from Pizza Hut and Pepsi. 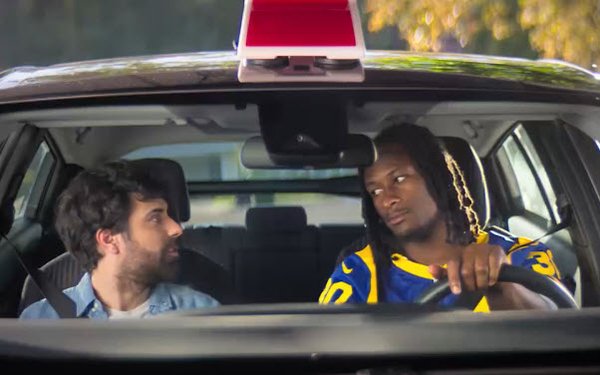 The two official NFL sponsors — and frequent brand partners — have teamed to boost their sales during the holiday season and lead up to 2019’s Big Game by co-promoting a Pepsi Super Bowl LII Halftime Show sweepstakes.

Two grand-prize winners will receive trips for themselves and a guest to attend Super Bowl LIII — and view Pepsi’s Halftime Show from the field. In addition, fans who enter before Dec. 31 will earn chances to win NFL gear prizes.

To enter, fans purchase limited-edition Pepsi 4-Pack carriers, available at all Pizza Hut locations “while supplies last,” and enter a code from the product on PizzaHut.com/PepsiSweeps, or share their homegates on Twitter, using #HutxPepsiSweepstakes.

To kick off the promotion, the brands have released an ad featuring LA Rams player Todd Gurley (below).