Burger King raised quite a few eyebrows last year with its Burning Stores print ad campaign, which featured real fires at the chain’s locations alongside a simple message: “Flame grilled since 1954.” It was a counterintuitive way to approach advertising, but the work by agency David Miami was also a hit, winning the 2017 Print Grand Prix at the Cannes Lions. 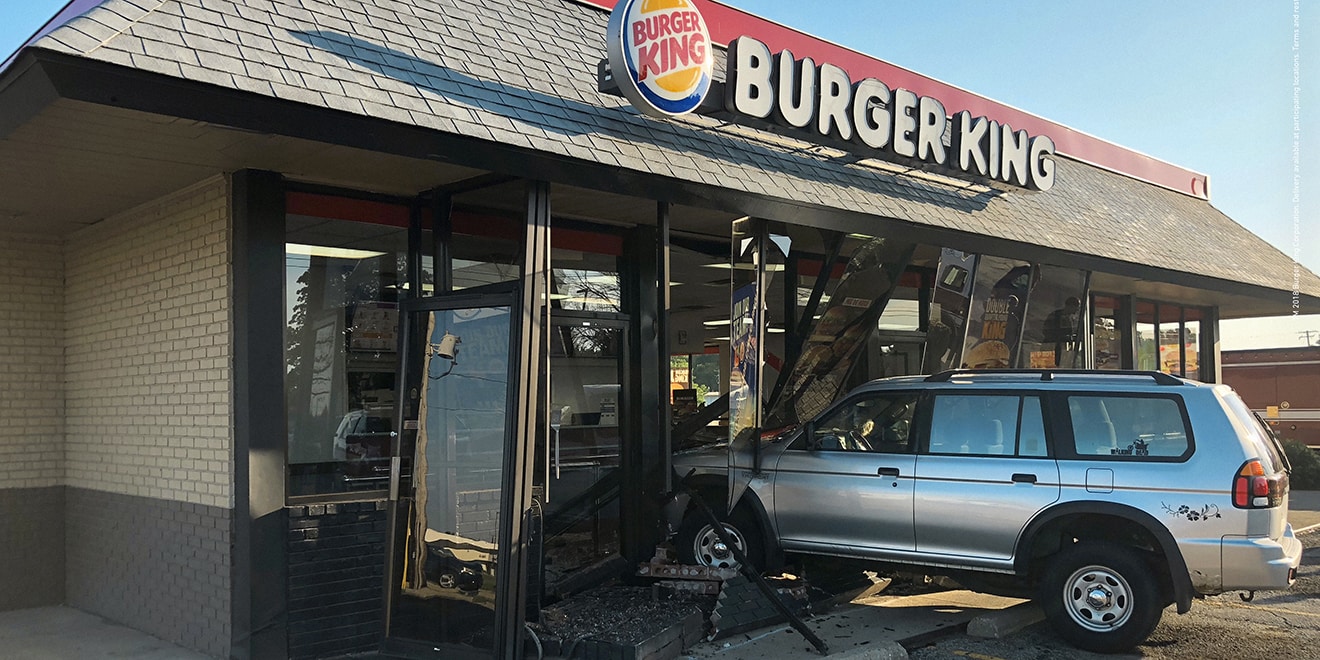 Now the brand is back with ads in a similar vein, though this time with a new kind of accident: car crashes.

Specifically, the ads feature cars that crashed while trying to drop by Burger King locations around the world. The headline: “Leave it to us.” The message: Burger King’s menu is available for delivery via the third-party app DoorDash.