BrewDog is betting big on content. The Scottish craft beer company has announced its intent to launch a subscription video on demand service –The BrewDog Network – that will feature a slew of beer and culinary-themed shows, game shows and documentaries.

The company is looking to tap into the US market with the push, at a cost of $4.99 per month for consumers. Company founders Martin Dickie and James Watt said they will cherry-pick the shows on the service. 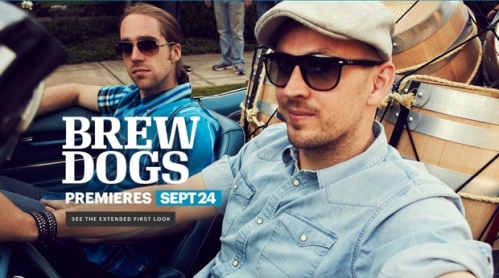 In 2013, it ran three seasons of a show called BrewDogs on the Esquire network. In it, the founders were “on a quest for nationwide craft beer enlightenment in America”. This saw them brew beer in odd places like a train, a boat, a parade and on top of a mountain. They also utilized interesting ingredients like caffeine, chili and smoked meat.

After our TV show Brew Dogs got cancelled, we didn’t want to sit around in our underpants, crying into a tub of ice cream. So we decided to launch our own TV network – The BrewDog Network.

Read more at The Drum: https://www.thedrum.com/news/2018/08/28/brewdog-makes-genuine-move-streaming-with-netflix-style-originals-service