Diageo has introduced a new virtual reality experience that will immerse consumers in a first person, interactive story about the dangers of binge drinking, as part of its commitment to reduce harmful drinking.

It builds on the drinks business’s 2016 launch of ‘Decisions’, a 360-degree experience that placed consumers in the front seat of a fatal drink-driving crash. 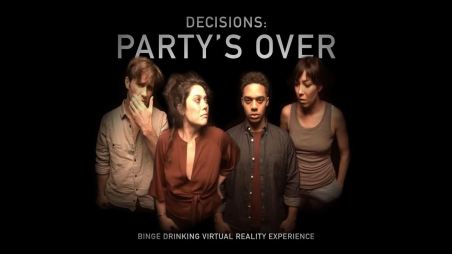 “While drunk driving and underage drinking are at historic lows, binge drinking rates have remained stable. Diageo has long been recognised as an industry leader in responsible drinking programming, and our hope is to build on our previous successes with virtual reality to reach our audience on an emotional level and prevent future detrimental impaired decisions associated with binge drinking.”