On March 9, South by Southwest, one of the country’s biggest film, music, and yes, food, festivals kicks off. Mark Hamill will be there, celebrating the release of a documentary about The Last Jedi director Rian Johnson. So will Christina Tosi, the founder of Milk Bar. Maryellis Bunn, who created the Museum of Ice Cream, will share her story, and many other experts will be giving presentations on every aspect of the food world, from the future of food delivery, and the science of barbecue, to plant-based meat and food waste. 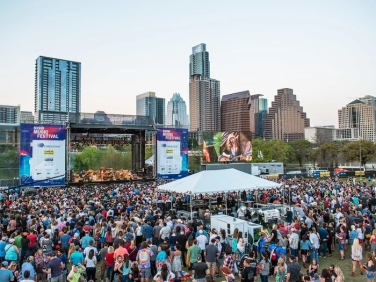 The Southbites Trailer Park is also returning for its sixth year in a row and will feature a slew of food trucks, serving nearly every cuisine imaginable, like lobster, kebabs, tamales, and waffles.

If you’re attending the festivities this year, there are a few events that you should make it a priority to check out. Here are five of the most exciting food-themed experiences at South by Southwest this year.

Just outside of Austin (the location has not yet been disclosed), you’ll be able to drink whiskey in your cowboy hat at the Mariposa Saloon of HBO’s Westworld.

The experience is immersive: Participants will meet at Eastside Tavern, where they will board a shuttle that will take them to a recreated version of Sweetwater, the location of the show’s fictional theme park. From there, guests will be able to participate in narratives from the actual show, according to Eater, that take place at the Mariposa Saloon and the town’s hotel, the Coronado.

Advanced registration has already filled up, but more spots will open once the festival begins.

As Food & Wine reported earlier this year, Roasters Village will be the go-to destination for coffee aficionados. The village will feature ten different stalls, each one focusing on technology in the coffee and tea realm, as well as showcasing varieties of coffee that will soon hit the market.

A German micro-brewery will be making an appearance at the event, as will Briggo Coffee Haus, an “automated coffee kiosk,” that relies entirely on robotics to serve your drinks.

On March 13, cheese lovers are getting a special treat: Austin restaurants will be bringing their queso A-game to the Southbites Trailer Park. Nine restaurants will compete to find out which one has the best liquid cheese in Austin—and don’t worry, you won’t find the likes of Chipotle anywhere among these queso experts.

A new art installation, called “Feast,” by Caitlin Pickall will be on display during the festival, at the JW Marriot.

Visitors will be asked to sit a large dining room table, which activates a video recording that is projected on to the table. Each seat will feature a different animated experience “related to the cultivation, preparation and consumption of food,” according to a statement from SXSW.

Check out the entire FOOD Lineup at SXSW:  https://schedule.sxsw.com/2018/events/track/Food