Johnnie Walker is temporarily replacing its traditional top-hatted male mascot with a female version of its logo in a bid to broaden its appeal among women and support empowerment causes. 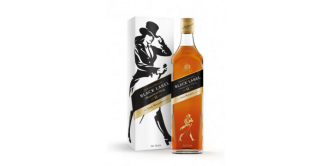 The move marks the first time the brand has significantly altered its logo in over 100 years, with the rejig timed to coincide with both Women’s History Month and International Women’s Day in March.

The Diageo-owned brand will donate $1 of every bottle sold $34 bottle sold to organisations that champion women.

Some proceeds will go to Monumental Women which wants to create a monument honoring America’s women suffragists in New York City’s Central Park, and some will be donated to She Should Run, which is dedicated to inspiring women to run for office.

Around 250,000 bottles of Jane Walker will be available in the US.

Read more at The Drum: http://www.thedrum.com/news/2018/02/26/johnnie-walker-temporarily-rebrands-jane-walker-broaden-appeal-among-women