PepsiCo is bringing Bubly to the Oscars—not Champagne, but a new sparkling water brand. The beverage giant announced the new offering on Thursday, calling it “one of our biggest product launches” and backing it with two 30-second slots during ABC’s March 4 broadcast of the Academy Awards. 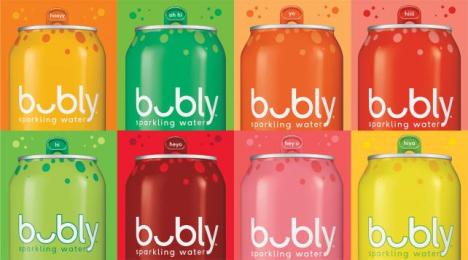 Bubly will be endorsed by actor Neil Patrick Harris, as reported earlier by industry trade publication Beverage-Digest, although it is not clear whether he will appear in the Oscars advertising. The same ad will air twice during the Oscars, but a PepsiCo spokeswoman declined to elaborate on creative details. The agency behind the work is R/GA.

PepsiCo appears poised to take a light-hearted approach with Bubly as it seeks to capitalize on surging growth in the sparkling water category, growth that’s been led so far by brands such as LaCroix and Nestle‘s Perrier. Private label brands also control a large share of the category, according to Beverage-Digest.

Bubly is packaged in bright colors with cans featuring whimsical messages etched on the pull-tab, such as “Hey u,” “hiii,” and “yo.” Other text on the cans include sayings such as “I feel like I can be open around u,” “hold cans with me,” and “love at first phssst.” The brand extended the lighthearted approach to the flavor names, which include Limebubly, Grapefruitbubly, Strawberrybubly, Lemonbubly, Orangebubly, Applebubly, Mangobubly and Cherrybubly (entirely lower-cased on the packaging for that accessible feel).

PepsiCo had previously experimented in the category with sparkling water line extension of its existing water brands, such as Aquafina. The new brand launch, and the significant marketing investment behind it, signals the marketer is in the category for the long haul.