Head to the yogurt aisle of most any grocery store, and you’re bound to see some variation of the standard trade dress: A white plastic cup with a foil top. Most all of those cups will feature a photo of a piece of fruit, the colors bumped up to psychedelic vividness: a brazenly blue blueberry, a riotously red strawberry, and so on. Most of those cups will be priced about the same and, chances are, they’ll feature the same buzzwords, too, including “natural” and “creamy.” 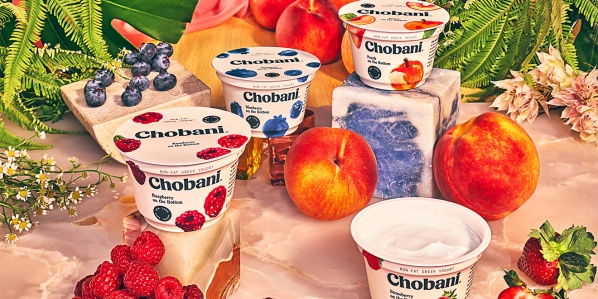 In fact, few foods on the shelf today exhibit the sheer sameness of yogurt. And that has Peter McGuinness pretty whipped up. “It makes it confusing,” he says. “There are too many SKUs and too much similarity.”

McGuinness is in a position to know. As the chief marketing and commercial officer of Chobani, he helms a brand that has both revolutionized and terrorized the yogurt category over the last decade by pushing Greek yogurt from a mere 1 percent of the segment to roughly half of it. But Chobani’s leadership has come at a price: “Virtually everybody’s copied us,” McGuinness says. “I’m not here to pick on the competition, but it’s not been good for the category.”