Being an eagle-eyed Twitter user can occasionally have its perks, though admittedly they can be very, very odd perks.

His unassuming tweet about the discovery, made about a month after the stunt was quietly placed by agency Wieden + Kennedy, has since exploded to 322,000 retweets and 715,000 likes.

But fleeting Twitter fame wasn’t the only reward in store for Edgette. This week, he announced (on Twitter, of course) that he’d received a framed, custom painting depicting him piggyback riding Colonel Sanders in a majestic natural landscape: 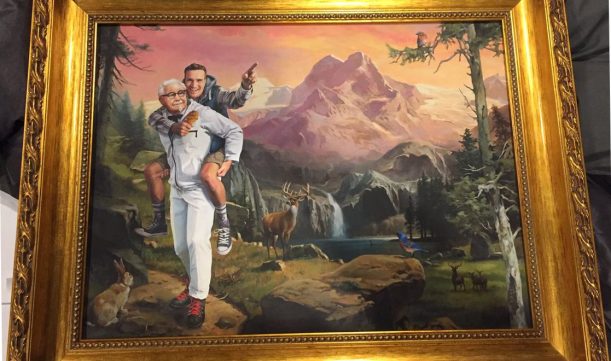