Sorry if the Colonel Sanders Halloween costume was on your bucket list; it’s now sold out. Although the “Halloween costume” has sold out, KFC still has a treat (or trick) in store.

The Yum!-owned brand has made such a massive marketing investment over the last few years in paying tribute to the brand’s founder, Colonel Harland Sanders, that it was a natural to make a Colonel Sanders Halloween costume (for only $5 online) this year.

Orders that were placed by today were promised to be delivered in time for trick-or-treating on Oct. 31. 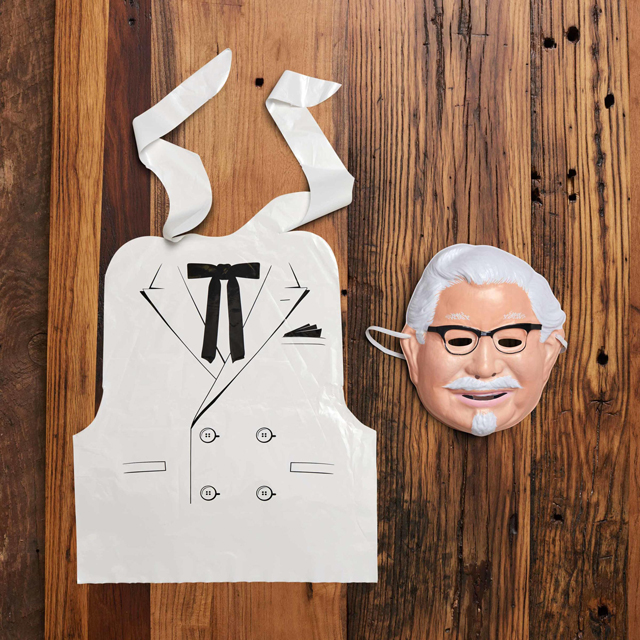 While the costume is now sold out, on Friday KFC U.S. will be giving away custom Halloween buckets in the form of a reproduction of the brand’s iconic fried-chicken container, at KFC restaurants.

Of course, KFC has been presenting and representing incarnations of Colonel Sanders for a while now, especially in the form of a revolving cast of actors and comedians who dress up in a white suit and black string tie for the role.

For Halloween, KFC is attempting to leverage the Colonel’s newly created notoriety with the costume, which costs the same as the brand’s $5 Fill Ups on the menu, George Felix, KFC’s US director of advertising, noted in a press release.

The buckets, meanwhile, are made to hold much more than warm chicken for a half-hour: They’re constructed of plastic with a sturdy handle and come in five designs featuring the Colonel as well as different Halloween classics including a mummy, werewolf and vampire.