Seagram’s 7 Crown is continuing its “comeback” with the launch of its first national branding campaign in more than a decade. 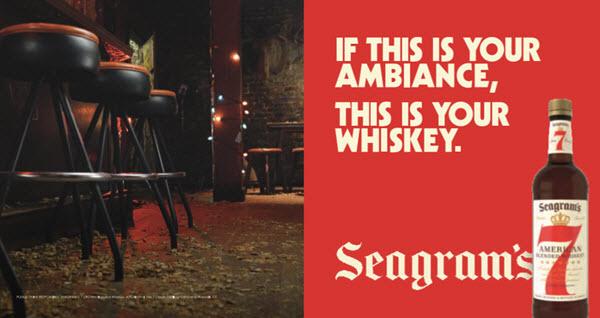 It’s no secret that the iconic blended whiskey — which has been saddled for decades with a perception of being somewhat déclassé, as well as the choice of older generations — has fallen far from its heyday in the 70’s, when it was selling more than 9 million 9-litre cases per year. (It was the first spirits brand to reach 1 million case sales, and by 1983 had sold a cumulative 300 million cases.)

What’s less well known is that it was still selling 4 million cases per year as recently as 1990, and is selling about 2 million per year even now, putting it within the top 30 U.S. spirits brands as ranked by Shanken Impact, points out BoozeBusiness.com.

And the tides of consumer preference may be turning in its favor.  Diageo, which acquired the brand in 2000, is looking to capitalize on recent years’ brown spirits revival, driven by nostalgia-loving younger adults.