The partnership, the first time a vodka brand has sponsored the NHL, will see New Amsterdam feature in programming throughout the season. 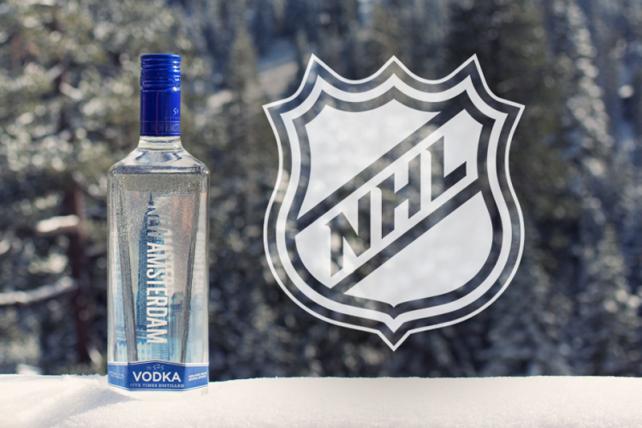 Michael Sachs, director of marketing for New Amsterdam Spirits, said: “When you have an uncompromising passion and a competitive spirit, you can achieve great things. This is the philosophy behind our award-winning vodka.”

“The NHL encompasses this same winning philosophy by putting it all on the ice every night, resulting in a league with robust competitive traditions and the toughest, most exciting athletes in the world. We are thrilled to bring these two hard-working brands together, which will lead to a winning partnership.”

As an official partner of the NHL, New Amsterdam Vodka will be integrated into several league assets throughout the 2018-19 season, including in-game activations, a campaign across NHL media partners, signage at Stanley Cup Playoffs and Stanley Cup Final games and restaurant and bar visibility.

In addition, New Amsterdam Vodka consumers will receive access to co-branded merchandise and will have opportunities to win tickets and exclusive experiences to NHL premier events.

from The Spirits Business: https://www.thespiritsbusiness.com/2018/10/new-amsterdam-vodka-signs-nhl-partnership/