Jerome Jacobson and his network of mobsters, psychics, strip-club owners, and drug traffickers won almost every prize for 12 years, until the FBI launched Operation ‘Final Answer.’ 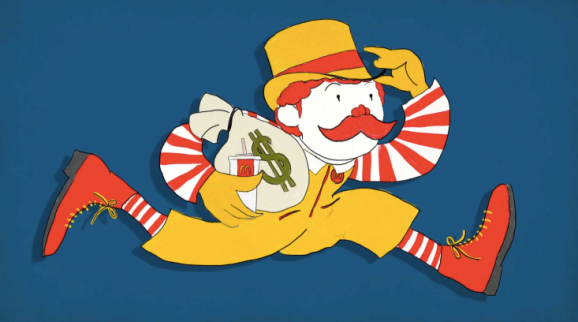 On Aug. 3, 2001, a McDonald’s film crew arrived in the bustling beach town of Westerly, Rhode Island. They carried their cameras and a giant cashier’s check to a row of townhouses, and knocked on the door of Michael Hoover. The 56-year-old bachelor had called a McDonald’s hotline to say he’d won their Monopoly competition. Since 1987, McDonald’s customers had feverishly collected Monopoly game pieces attached to drink cups, french fry packets, and advertising inserts in magazines. By completing groups of properties like Baltic and Mediterranean Avenues, players won cash or a Sega Game Gear, while “Instant Win” game pieces scored a free Filet-O-Fish or a Jamaican vacation. But Hoover, a casino pit boss who had recently filed for bankruptcy, claimed he’d won the grand prize–$1 million.

Like winning the Powerball, the odds of Hoover’s win were 1 in 250 million. There were two ways to win the Monopoly grand prize: Find the “Instant Win” game piece like Hoover, or match Park Place with the elusive Boardwalk to choose between a heavily taxed lump sum or a $50,000 check every year for 20 years. Just like the Monopoly board game, which was invented as a warning about the destructive nature of greed, players traded game pieces to win, or outbid each other on eBay. Armed robbers even held up restaurants demanding Monopoly tickets. “Don’t go to jail! Go to McDonald’s and play Monopoly for real!” cried Rich Uncle Pennybags, the game’s mustachioed mascot, on TV commercials that sent customers flocking to buy more food. Monopoly quickly became the company’s most lucrative marketing device since the Happy Meal.

Inside Hoover’s home, Amy Murray, a loyal McDonald’s spokesperson, encouraged him to tell the camera about the luckiest moment of his life. Nervously clutching his massive check, Hoover said he’d fallen asleep on the beach. When he bent over to wash off the sand, his People magazine fell into the sea. He bought another copy from a grocery store, he said, and inside was an advertising insert with the “Instant Win” game piece. The camera crew listened patiently to his rambling story, silently recognizing the inconsequential details found in stories told by liars. They suspected that Hoover was not a lucky winner, but part of a major criminal conspiracy to defraud the fast-food chain of millions of dollars. The two men behind the camera were not from McDonald’s. They were undercover agents from the FBI.

Read the whole story at The Daily Beast: https://www.thedailybeast.com/how-an-ex-cop-rigged-mcdonalds-monopoly-game-and-stole-millions?via=twitter_page