One of the pros driving the mobile ordering revolution is accuracy. While restaurants around the country built their businesses off the call-in model, there was always a certain give-and-take with the human element. Want 12 toppings on your pizza? Just half the pizza and 12 different ones on the other side? Putting the task into the hands of a busy employee was always going to be a bit of ordering roulette. 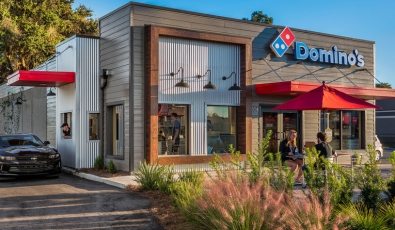 Domino’s has been no stranger to technology innovation when it comes to ordering, and like most chains, its efforts have been concentrated in the online arena. But call-in business isn’t going to evaporate anytime soon, and Domino’s has a plan to bring that side of its business into the next era as well.

Domino’s revealed Monday (April 23) that it’s launching a voice recognition application to take telephone orders coming into its stores. The pizza chain, which conducts more than 65 percent of its U.S. sales via digital platforms, was the first to introduce a voice recognition app that conducted a retail transaction when it launched its virtual ordering assistant, DOM, in 2014. Domino’s said the platform paved the way for this one.

“DOM was a key milestone not only for us, but for voice recognition technology in general,” J. Patrick Doyle, CEO and president of Domino’s, said in a statement. “DOM was also the public face of our initial investment in artificial intelligence. Voice is a more natural way for people to interact with technology and that’s why we have been investing in AI for more than half a decade.”

DOM is currently being tested on the phones in 20 stores across the U.S., with more restaurants expected to join in the coming months.