Papa Murphy’s is appointing Mekanism as its new creative AOR to oversee strategy and integrated creative campaigns across TV, social, radio and local market activations out of the agency’s Seattle office.

Managing director Lisa Zakroff and creative director Hart Rusen will lead the account out of Seattle, which was originally opened to service the Alaska Airlines business in 2016. 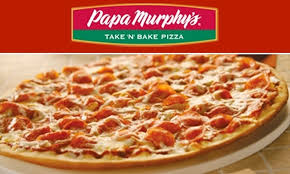 It is unclear whether Mekanism will continue to retain the brand’s Love At 425 Degree tagline.

“We selected Mekanism because their unique creative ideas are designed to appeal to both our younger target audience and our current customers,” stated Diana Douglas, vice president, field marketing and creative services, Papa Murphy’s International. “They were able to capture the soul of the Papa Murphy’s brand while modernizing our voice, showcase the importance of storytelling across today’s digital-heavy media landscape.”

Unlike other pizza operators, Papa Murphy’s doesn’t have ovens. Instead, it serves take and bake pizzas. The chain currently operates more than 1,500 franchised and corporate-owned fresh pizza stores in 39 states, Canada and United Arab Emirates.