Bud Light is doubling down on flavored beer while seeking to win over female drinkers. 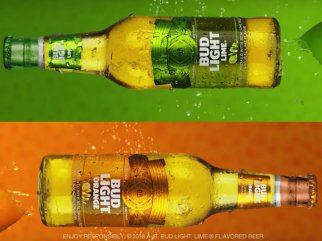 On Monday, Anheuser-Busch InBev announced the national debut of Bud Light Orange, a citrusy lager made with orange peels. The company also announced the return of a “refreshed” Bud Light Lime for the summer.

“Our millennial consumers are eager to try new, flavored options in the light lager category. We wanted to create something new to engage with these consumers and bring them into the Bud Light family,” Andy Goeler, Bud Light’s vice president of marketing, said in a statement.

Bud Light could use the sales boost. In 2017, the brand suffered its biggest annual volume decline ever, dropping 5.7%, according to Beer Marketer’s Insights.

While younger drinkers have gravitated toward flavored beers (and away from beer in general, in favor of wine and spirits), the company additionally hopes to win over another group with Bud Light Orange: women.