The creative people at Pixar have a new short film that’s sure to appeal to dumpling lovers everywhere. According to the Tribeca Film Festival site, Bao, an eight-minute short, will focus on an “empty-nesting Chinese mom” who makes a dumpling baby that comes to life and teaches her that “nothing stays cute and small forever.” A press release about the film notes that Bao will also explore “the ups and downs of the parent-child relationship through the colorful, rich, and tasty lens of the Chinese immigrant community in Canada.” Pixar has not released any images or clips from the short yet. 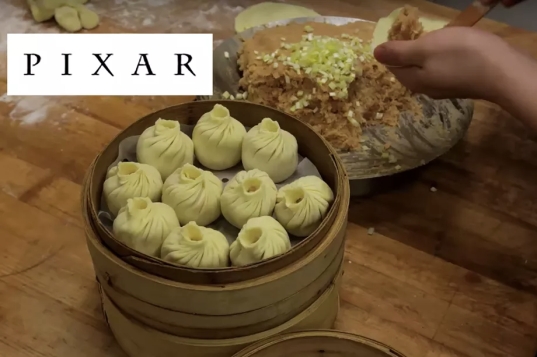 Pixar’s latest tale will be screened as part of the NYC film festival’s short animated showcases in New York on April 21, 24, 27, and 28. Bao will also appear before showings of Incredibles 2, which lands in theaters on June 15. Writer/director Domee Shi started working at Pixar as an intern many years ago, and was later part of the teams that created Inside Out, The Good Dinosaur, and Incredibles 2. Bao’s producer Becky Neiman-Cobb worked on previous hits Up, Inside Out, Wall-E, and the company’s only other overtly food-related film, Ratatouille.

In other Pixar-related food news, Disneyland has got some special movie-themed dishes planned for this summer’s Pixar Fest, and Disney World is getting a Toy Story Land later this year, which will include a restaurant called Woody’s Lunch Box.