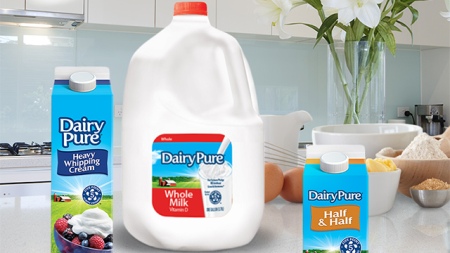 KBS announced today that it has been named Dean Foods’ advertising agency of record, specifically as its creative and strategic partner, after a competitive review launched in September. It is not clear which other agencies were part of the review.

“When I say that we were blown away by their collective insight, strategic thought leadership, creative prowess, integrated and holistic approach, general passion and great personality, I mean it—hands down, this was the best integrated thinking I have seen in my career,” Marissa Jarratt, vp of Dean Foods marketing, said in a statement.

Dean Foods’ svp and chief customer, marketing and innovation officer Kurt Laufer added in the statement that it was vital for the company to partner with an agency that could help it “realize” a new “vision” around building better brands.

According to KBS, the tech-driven agency will work with Dean Foods “across a number” of brands, including DairyPure, TruMoo, Caribou Iced Cofee, Uncle Matt’s Organic, Mayfield, Dean’s Country Fresh and Steve’s Ice Cream. It is also not clear how much of the account KBS will control.

According to Kantar Media, Dean Foods spent a total of $38.5 million on measured media in the U.S. in 2016. The $10.6 million the company spent over the first half of 2017 was significantly lower than the $22.2 million it laid out during the same period last year.