After two weeks surveying the damage, Papa John’s is formally apologizing to anyone who considered its comments about NFL protests hurting pizza sales “divisive.” CEO John Schnatter told investors back on November 1 that “the NFL and its leadership” were to blame for the chain’s past bad quarter. That sounded about right to leading neo-Nazi site Daily Stormer, which declared Papa John’s the “official pizza of the alt-right,” but otherwise the chain’s reputation got a bit of a clobbering — even after it “condemn[ed] racism in all forms.”

Its bum rap apparently convinced the chain to try harder last night, when it tweeted an apology with more meat on its bones, and also a middle-finger emoji: 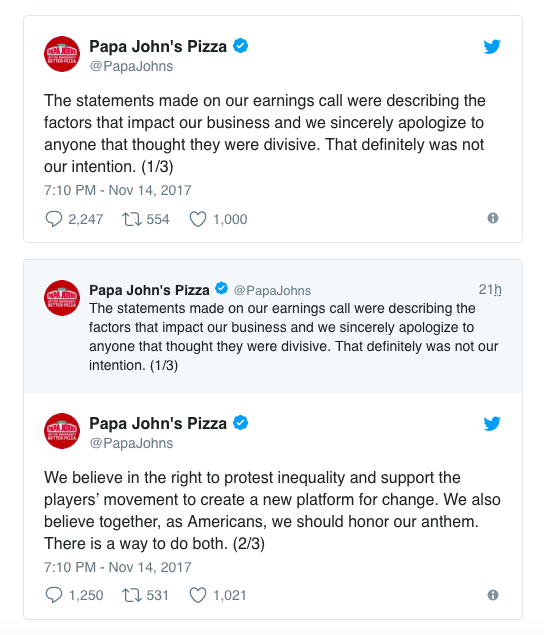 Read all of the Tweets on Grub Street: http://www.grubstreet.com/2017/11/papa-johns-apologizes-for-nfl-flap-with-middle-finger-to-neo-nazis.html