Facebook Inc. FB ) recently announcedthat it has partnered with several restaurants and food ordering services to enable U.S. users to order food through the platform. 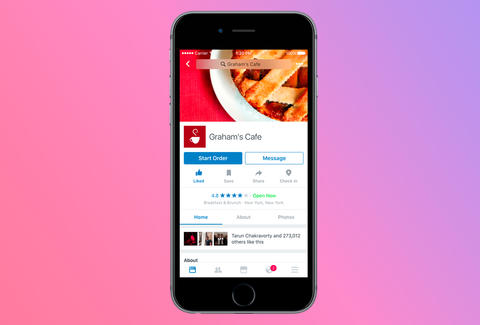 Per Alex Himel, Facebook’s vice president of Local, the company has been “testing this since last year” and has finally rolled out the service in the United States on Apple’s AAPL iOS and Alphabet’s GOOGLAndroid devices as well as on desktops.

Reportedly, Facebook users can avail the feature through the “Order Food” section in the “Explore” menu. Users can also view reviews and recommendations about a restaurant by friends.

Per the company, it has teamed up with restaurants like Papa John’s, Wingstop, Panera, Jack in the Box, TGI Friday’s, Denny’s, El Pollo Loco, Chipotle, Five Guys and Jimmy John’s.

The company has also collaborated with food ordering services like Delivery.com, DoorDash, ChowNow, Zuppler, EatStreet, Slice and Olo to facilitate the service.

We believe these initiatives will significantly boost Facebook’s user base and draw more advertisers to its platform. These will also help to sustain the share price momentum. Notably, Facebook has gained 53.1% year to date, substantially outperforming the industry’s 27.7% rally.