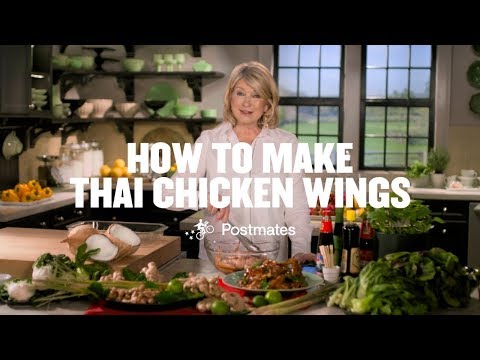 Martha Stewart is returning to tell home cooks that sometimes it’s just easier to ‘Postmate it’ rather than risk life and limb in the kitchen for on-demand delivery service Postmates.

The new series of commercials, featuring the beloved entrepreneur, food icon, and television personality, are the next installment in Postmates’ integrated brand campaign, which will also include targeted out-of-home placements.

Stewart is seen on the computers and tablets of home cooks as they try to prepare her recipes. In ‘Grilled Salmon’ a woman is seen pouring gasoline over a whole salmon which she tries to grill on her office wastebasket.

‘Greek Salad’ shows Stewart chopping onions, then switches to the home cook as Stewart says, “start crying…over your ex”. She tells her comrade to forget the salad and order Postmates instead.

A third spot finds a man staring at the screen as he chops potatoes for his burgers and fries recipe. In a Monty Python-esque scene, lops off one of his fingers. In a panic, he stumbles around the apartment before flipping over his high-rise balcony, yelling “Martha!” on the way down.

Read more at The Drum: https://www.thedrum.com/news/2019/09/03/martha-stewart-returns-postmates-encourage-bad-home-cooks-order