Facebook likely gets approached with ideas for projects on a regular basis, but when it was pitched by James Patterson, the social network’s creative team jumped at the chance to collaborate with the best-selling author. 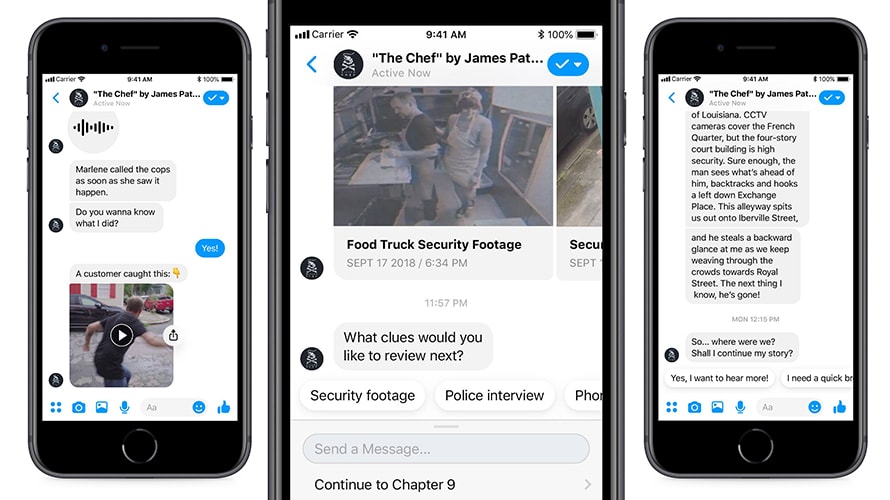 The result was a Messenger bot that Facebook is billing as a “digital novel experience” for The Chef, Patterson’s upcoming novel, which will be published in print in February 2019 by Hachette Book Group.

A Facebook spokesperson said the initiative is an experiment, and there are no set plans to monetize it or to approach other potential partners for similar projects. The spokesperson added that Facebook did not pay Patterson to participate in the project.

Patterson said at a press event in New York on Monday that he approached Facebook with the idea about one year ago, with two upcoming novels in mind, adding that doing new things is important for the publishing industry, which needs more creativity.

People can access the bot by searching for “The Chef by James Patterson” in Messenger’s search bar and tapping on the icon.