Papa Murphy’s is releasing its first creative work from its new agency Mekanism and its in-house social media agency Epic Signal as the “take and bake” pizza brand introduces two new spokespeople, Millennial-aged couple Matt and Molly and the new tagline, “Bake It Up A Notch.” 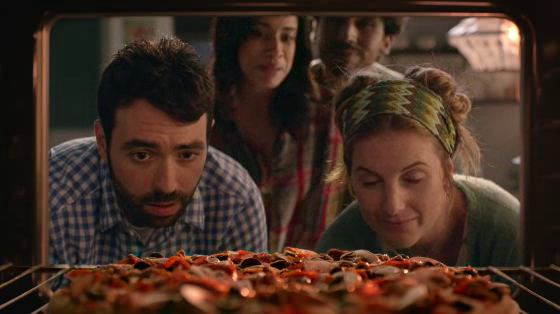 These two characters are designed to appeal to consumers who may also be in their “transitional period,” having bought their own home and love being in their kitchen and making food, says Tommy Means, chief creative officer, Mekanism. “We specifically chose improv actors and a director with experience directing improv actors to capture their conversations, as their beloved pizza heats up in the oven.”

The campaign kicks off with three spots, including one where the duo is huddled around the oven giving one another high fives as they wait for their pizza and another where Molly wears a pepperoni onesie.

While this campaign introduces a new tagline, the previous ‘Love at 425’ has not been retired, says the agency, explaining that research revealed the older line still has recognition value among current customers. However, to win over new customers, “leaning into the ‘Bake it up a Notch’ campaign line was likely to move the needle more effectively because it helps educate on the benefits of baking a pizza at home,” says an agency representative.