Papa John’s founder John Schnatter is making good on a promise not to go quietly from the chain he started in 1984 after abdicating the chairman role in the wake of reports that he used a racial slur and made racially insensitive comments on a media training call.

Today, Schnatter took out a full-page ad in Papa John’s hometown paper, Louisville’s Courier-Journal. It consisted of a letter to his “fellow Papa John’s team” stating that he misses them and that they “will all get through this together somehow, some way.”

Schnatter asserted in the ad that the Papa John’s board will not let him talk to employees. He has reportedly been ordered to stay away from the company’s Louisville headquarters, and the company’s board also recently adopted a “poison pill” policy to prevent him from taking a larger controlling stake in the company, of which he owns 30 percent. 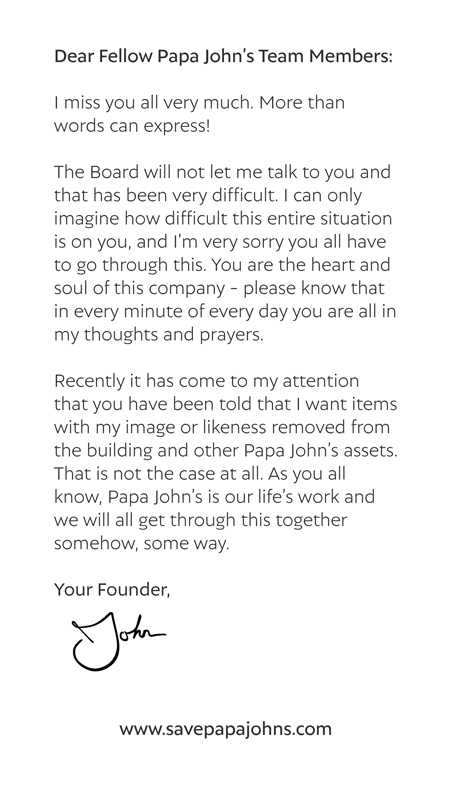