Anthony Bourdain’s life story is getting the big-screen treatment courtesy of CNN, the entertainment company that produced his wildly popular travel series Parts Unknown. Vanity Fairreports that the documentary about the late author/TV host is currently in pre-production at CNN Films, the arm of the network that recently made the acclaimed Ruth Bader Ginsberg documentary RBG. Bourdain’s longtime collaborators at Zero Point Zero Production are also working on this project with CNN. 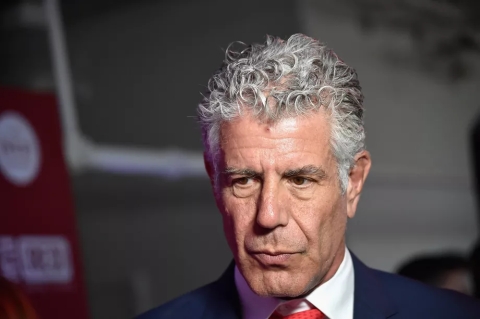 “As well as we knew Tony, because he did reveal himself in the series, there was still a hunger to know more about him, and to honor his work and celebrate him,” says CNN’s VP of talent and content, Amy Entelis. “The documentary format became one of the more obvious ways to go.” The team hopes to have the film ready for a festival premiere at the end of 2019. After that, the Bourdain doc will hopefully get a full theatrical release, followed by a premiere on CNN. This release plan is similar to how CNN Films launched both RBG and the Bourdain-produced documentaryJeremiah Tower: The Last Magnificent. “We just want to make it perfect,” Entelis tells Vanity Fair. “We want to make it exquisite for Tony. We want to do him justice.”

Anthony Bourdain took his own life in Kaysersberg, France earlier this summer while filming an episode of Parts Unknown. The final season of his CNN show is slated to premiere this fall, and will include five new episodes featuring Bourdain, as well as two retrospectives on his career, with remembrances from the cast and crew, as well as friends and fans. Bourdain’s writing partner Laurie Woolever is also working on a biography of the food media titan, to be published by Ecco in fall 2019.

Stay tuned for more updates on the CNN Films documentary about Anthony Bourdain as they become available.