Retired NBA superstar and all-around American hero Shaquille O’Neal is working on a new eight-episode reality show for Facebook Watch about the opening of his forthcoming Las Vegas restaurant, Big Chicken. The new series will be called, appropriately, Big Chicken Shaq, and in between episodes, the former ball player will field questions from fans on Facebook. 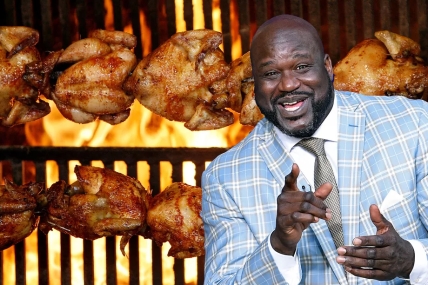 “It’s going to be so much fun designing my own restaurant, and I can’t imagine a better group of people to do it with than with my incredibly loyal Facebook fans,” O’Neal tells Variety. “It’s an opportunity for us to collaborate together, and I know the Facebook community will offer terrific feedback.” This is just one of several new project that the sports superstar has in the works right now.

Shaq has invested in a number of food business before — including the Five Guys chain — but this will be his first original restaurant. The basketball legend insists that he knows his way around the kitchen. “Yes, I can cook,” he tells For the Win. “There’s a difference between can’t cook and don’t cook. I’m blessed enough to have a chef, but growing up I had to cook for my brothers and sisters. I can cook any dish. And if I can’t cook, then I go to the store and buy it, pop it in the microwave and bring it out like I cooked it.”

Shaq’s Vegas restaurant will be located off the strip in a 2,800-square-foot space in the Eastside neighborhood. Per a recent Eater Vegas report, the restaurant is slated to open in October, and the show will debut later this fall. Menu details are scarce at this point, but the Hollywood Reporternotes that fried chicken sandwiches will be part of the equation.