In most movies or TV episodes, characters are bound to eat, at least once. Whether that happens in a pivotal scene or just provides a delicious-looking background, these scenes need highly specific ingredients in order to be brought to life: 36 identical bar stools or a cotton candy machine, maybe; possibly a fro-yo dispenser, or hundreds of fake fruits and vegetables. That’s where a place like Prop Heaven comes in.

Keith Marvin currently runs the show at Prop Heaven, the large independently owned prop house in Burbank, California. His father, Lennie, founded the business over three decades ago, turning a passion for antiques into a prop rental business. And among nearly 100,000 square feet of set-decorating gems currently housed at the company’s HQ, a significant portion — nearly 25 percent— of the furniture and smaller items are devoted to restaurant and food scene-setting. 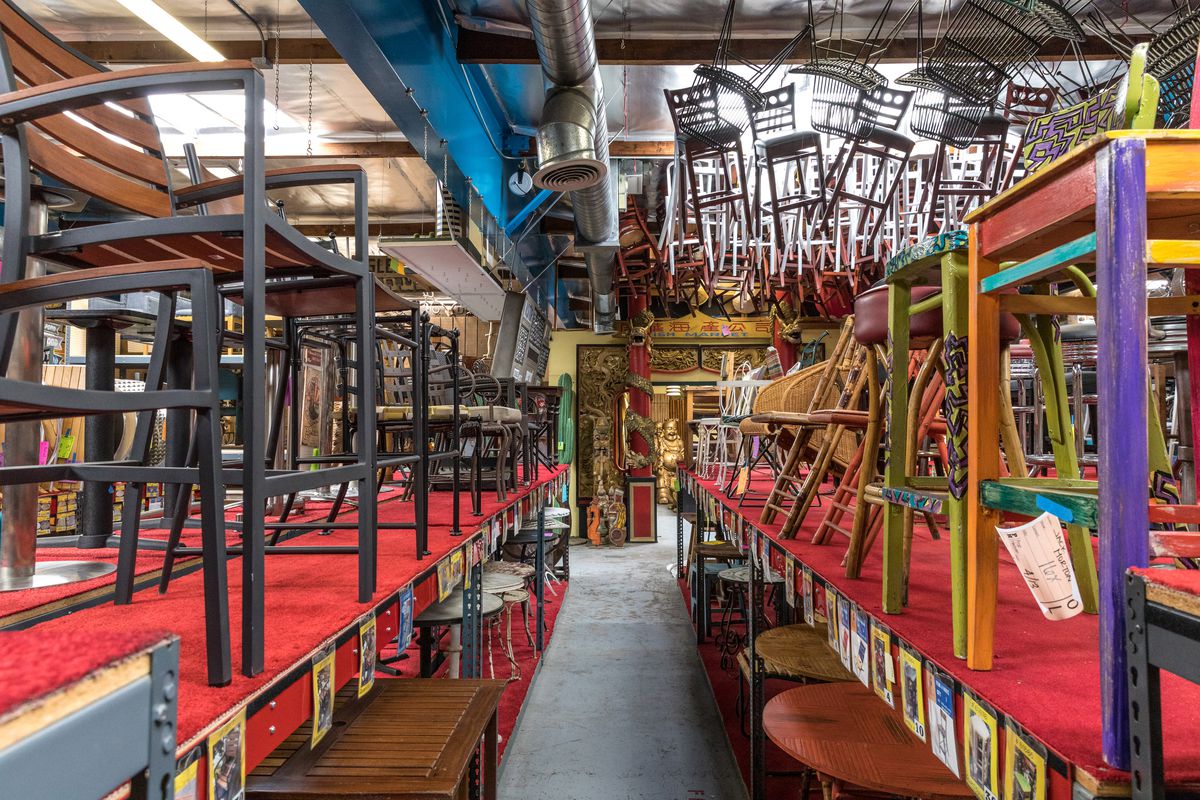 “In the early days of our company, a loyal customer told my father, ‘In the history of Hollywood, food and drink are always part of the conversation piece,’” Marvin says. “You can’t work in film and not have experience creating [projects, scripts, stories] around food or drink. In the early days, my parents weredoing a lot of ’50s-type shows, so we had a diner counter, jukeboxes, a drive-in set dressing. Those were our first real restaurant props we had: We could do a ’50s diner set, but not much else.”

Since then, the business has grown exponentially. On a pretty ordinary Tuesday afternoon, by 2 p.m., Prop Heaven had already shipped pieces to over 30 shows, including How to Get Away with Murder, The Young and the Restless, The Middle, Champions, Lethal Weapon, and Life in Pieces — and there are still a few more hours in the day to get more orders out.

“For shows that are filmed in LA, you can’t name one that doesn’t work with us,” says Dan Schultz, Prop Heaven’s vice president. Over the years, that roster has included the likes of Will & Grace (both the original and new versions), Ballers, The Big Bang Theory, NCIS, American Housewife, and Black-ish as well as its spinoff, Grown-ish. Every restaurant featured on How I Met Your Mother had pieces from Prop Heaven, although the gang’s go-to bar, MacLaren’s Pub, was a permanent set. Similarly, while Central Perk was a permanent set on Friends, basically any restaurant sceneoutside that beloved, fictitious coffee shop included rentals from Prop Heaven. Television shows and commercials comprise 80% of its business.