The hits keep on coming for Papa John’s. 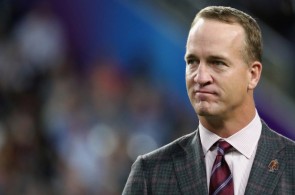 Two days before the NFL dropped the pizza chainas its official sponsor last week, Peyton Manning relinquished his stake in 31 Papa John’s locations in the Denver area, the Denver Post reported Monday. Manning, who retired as the Broncos quarterback after winning Super Bowl 50 in 2016, remains the company’s celebrity spokesperson and ambassador, locked into a long-term agreement.

Papa John’s spokesman, Peter Collins, confirmed Manning sold his stake in the stores he had picked up in 2012, though a former Papa John’s part-owner quickly scooped up all 31 locations.

“The franchisee that purchased the market is excited about the future of our business and assumed ownership of all Papa John’s locations in the Denver, Co.,  market on Feb. 26, 2018,” Collins wrote in an email to the newspaper.