We recently sat down with Jean Tanis, Creative Director with Fitzgerald & Co. in Atlanta, Georgia. He has created a number of campaigns from Coca Cola to the US Marines & is a part of the brainchild behind the recent Checker’s/Rally’s films, including “Buy Back the Block“, which won a slew of creative awards including a Silver Cannes Lion in Entertainment for Music, a Bronze Cannes Lion in PR, and a One Show Pencil in the Cultural Driver category. He gave us some insight into the world of advertising, his go-to-foods and who’d narrate the biopic of his life.

Where are you from?

Growing up I’ve lived everywhere major cities to rodeo farms, but I call Atlanta my home.

I kind of fell into it honestly. I’ve always been obsessed with Symbology; especially religious symbology. I’m by no means religious, but I was always amazed how these creative manifestations drove people to such emotional, visceral reactions. So I got really interested in visual communications. Which then led me to design, and that of course led to art direction, then creative direction etc etc and here we are.

No I never even thought of it as a career choice. I tripped thru the rabbit hole and ended up here.

Well I have a two way tie. The Hot Hands Trippin Bear and 4LOKO Glory Hole.

Well by and large, the advertising industry is shrinking. Because of that, it’s in a frantic state of change. So the rapid change leaves the creative advertising fractured between the old and new. But the truth is, TV is fading and consumers are smarter. You have to come correct or they’ll call bullshit. 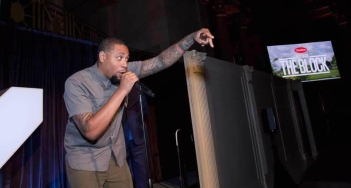 Jerk Chicken with a side of devil’s cabbage.

A Documentary of Extreme Mediocrity and Dramatic Flair by John Waters. Soundtrack would have features from Kanye, Kendrick, SOHN, Little Dragon, and 2 Chainz 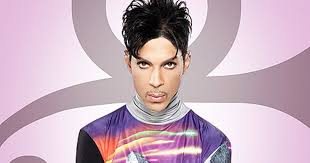 Check out more of Jean’s work at: http://www.jeanius.tv/