They killed Tony the Tiger. They did away with Cheetos’ Chester Cheetah. They banned Kinder Surprise, the chocolate eggs with a hidden toy. 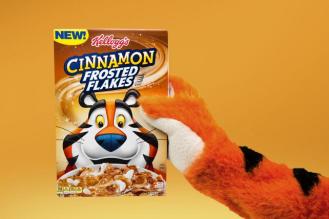 The Chilean government, facing skyrocketing rates of obesity, is waging war on unhealthy foods with a phalanx of marketing restrictions, mandatory packaging redesigns and labeling rules aimed at transforming the eating habits of 18 million people.

Nutrition experts say the measures are the world’s most ambitious attempt to remake a country’s food culture, and could be a model for how to turn the tide on a global obesity epidemic that researchers say contributes to four million premature deaths a year.

“It’s hard to overstate how significant Chile’s actions are — or how hard it has been to get there in the face of the usual pressures,” said Stephen Simpson, director of the Charles Perkins Centre, an organization of scholars focused on nutrition and obesity science and policy. The multibillion dollar food and soda industries have exerted those pressures to successfully stave off regulation in many other countries.

Since the food law was enacted two years ago, it has forced multinational behemoths like Kellogg to remove iconic cartoon characters from sugary cereal boxes and banned the sale of candy like Kinder Surprise that use trinkets to lure young consumers. The law prohibits the sale of junk food like ice cream, chocolate and potato chips in Chilean schools and proscribes such products from being advertised during television programs or on websites aimed at young audiences.

Beginning next year, such ads will be scrubbed entirely from TV, radio and movie theaters between 6 a.m. and 10 p.m. In an effort to encourage breast-feeding, a ban on marketing infant formula kicks in this spring.