Josh Blaylock has a beautiful Instagram of perfectly lit plates of food and perfectly poured glasses of bourbon, but for this 27-year-old, the work is about more than pretty pictures. It’s about introducing some of Dallas’ most innovative chefs to the public. 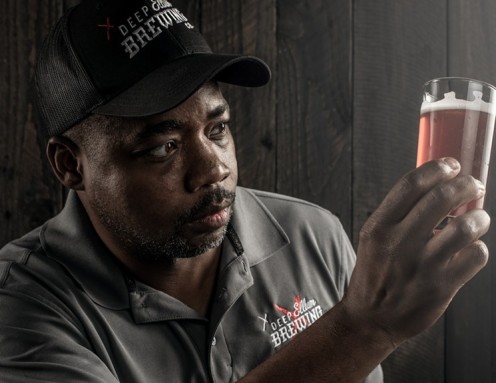 “I’ve been shooting food and beverage photography for a few years in Dallas, and I’m a big foodie myself. I’ve enjoyed the experiences I’ve had; it’s given me an insider’s look into the industry,” he says. “So I’ve been playing with how I could share those experiences and perspective with anyone who’s interested.”

Blaylock’s way of sharing a behind-the-scenes look at our city’s culinary scene comes in the form of Eat Well Dallas. His sources let him in for an inside look, and he shares that perspective with people on his site and Instagram.

“It’s still pretty new. I’m getting the whole spirit of it, too. It’s not me saying what is good food in Dallas,” he says. “The way that I come across them is suggestions from the previous people I feature.”

All of this started with Blaylock’s first feature about Barrett Tillman of Deep Ellum Brewing.

“I started chatting with him, and he was so open and so on board with the idea that it kind took off from there. Having someone with his influence and his pedigree, it helps open the doors,” Blaylock says. “I think the stuff’s turning out pretty cool; I’m happy with it. I think that’s also the testimony and culinary scene. People are excited about what’s going on in Dallas.”

One of his favorite experiences so far has been with chef Misti Norris, formerly of Small Brewpub in Oak Cliff.