Taco Bell’s first foray into fake movie trailers (“Web of Fries”) was so successful, the chain quickly made a sequel (Web of Fries 2). Now, the brand is back with another trailer, Retrieval, but this time James Marsden is the star (the first iteration starred Josh Duhamel) and the spot is spoofing the sci-fi genre rather than mystery. 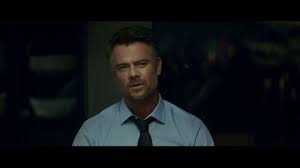 The point, of course, is to let fans of Taco Bell’s nacho fries know that the fries are coming back to the menu but to do so in a way that continues to build hype around their return.

“We were a long time coming in bringing nacho fries to the world,” explains Taco Bell CMO Marisa Thalberg. “People were wondering what took Taco Bell so long, and that inspired our own conspiracy theory, which was then executed in this over-the-top trailer for a fake movie (‘Web of Fries’).”

As nacho fries return to the menu, the decision to revive the cinematic-homage ad campaign was an easy one, given the success of the first two installments.

“Now, we decided to bring them back again,” she says, “and we just felt like we’ve hit this very special and somewhat uncommon situation, as we all know in marketing, where there’s almost a comparable expectation around the campaign as there is around this product.”

Agency Deutsch in Los Angeles handled the creative, which riffs on the sci-fi genre but seems to emulate Christopher Nolan’s 2014 film Interstellar most of all. There are 15-second and 30-second cuts of the trailer as well as a long-form 60-second version that will again play in theaters.